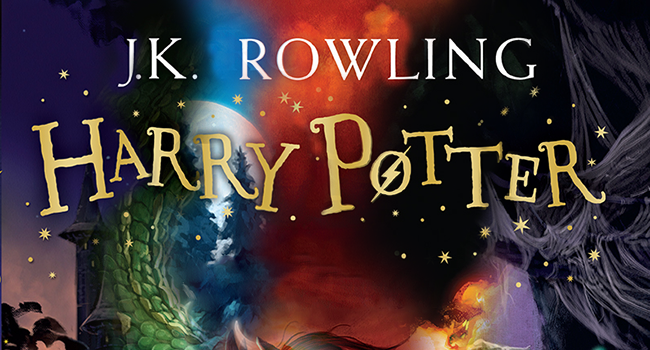 As many who share a love of all things Harry Potter, I have been following the backlash toward JK Rowling over her recent twitter posts. Last night, I caught an article in Marie Claire written by Kathleen Walsh. To be honest, it hit hard especially in relation to a blog post I just published dealing with my take on current affairs. Unfortunately, whatever I write will disappear into the void of a blog-post black hole; I don’t have anything resembling the bandwidth Walsh will enjoy by publishing in Marie Claire.

The last statement of her first paragraph ends with: “We must end our Harry Potter fantasy now.” I didn’t care for the tone as I’m not one to be told what I must do, but because I’m invested in the discussion, I waded through the wordy article and then the referenced JK Rowling essay. I’m sensitive to transgender issues, I wrote a post five years ago after research and interviews on the subject. It’s a complicated matter. The shades of existence between traditional male and female standards aren’t the straightforward colors of a Pride flag, but more like a Jackson Pollack painting – the permutations seem infinite.

The problem is not everyone “gets” it. Just like Black Lives Matter, how many people respond with a dismissive All Lives Matter retort? People older than millennials generally grew up without a clear understanding of LGBTQ issues. How often do you still hear gayness is a choice? If they aren’t even capable of accepting how someone can be gay or lesbian, how are they going to absorb transgenderism with all the new acronyms, pronoun assignments, and the multitude of sexual preferences?

As with racial concerns, transgender issues require education. We need more people to believe, like the sign in the George Floyd/Black Lives Matter protests said: I understand I don’t understand, but I stand with you. Instead of encouraging this, we witness name-calling and character assassination. As I said in my post, argumentation is now performed from the platform of absolutes. If you say one thing counter to the paradigm someone subscribes to, you’re branded a person to be shunned, ignored, and trashed, destined to be a societal pariah. We have many who deserve that moniker: Donald Trump, Jeffrey Epstein, Harvey Weinstein, David Duke – people who clearly exhibit fundamental evil. I cannot, and will not, label essentially good people with similar epitaphs.

JK Rowling was wrong in her assessment, but to consider wholesale verbal flogging and boycotting is the opposite extreme. People are now scrutinizing every sentence of all seven books picking any piece of evidence to support the notion Rowling is transphobic and racist. I will say this: there is not one author or one book ever published capable of withstanding the application of everyone’s personal agenda. Instead of accepting the good Rowling has done and continues to do while giving her the opportunity to enrich her education on the subject of transgenderism, we see vultures circling, anxious to devour the flesh of one of the much-loved authors of our time.

My own path to acceptance and to the degree I understand homosexuality, transgenderism, and race was a difficult one. In some cases, it resulted in a 180-degree reversal of thinking and feeling, but I got here, and I’m still learning. I am not a religious person, but for one rare occasion, I will quote the Bible: let s/he who is without sin cast the first stone.

As for Harry Potter – the books and the movies – will I end the fantasy? No, not now, not ever.

For the past couple of years I’ve spent so much time feeling nothing that when I finally did, it meant something. I recently saw Rocketman, the biopic about Elton John. The film reconnected me to his music in ways I’d never experienced. My attraction to music has always been more about the sound, its harmonies and melodies, a to-die-for guitar riff, or a head-banging beat more than the content of its lyrics. That changed with Rocketman.

Essentially, the film is a Broadway musical captured on film. The scenes of his life are tethered to the poetry – words and music welded together – that infuse a non-reader of poetry with an appreciation of its power. I will never take lyrics for granted again. Of course, this paring of music and narrative have been done for a hundred years, but it took this movie to bring it home for me.

Rocketman, written by Lee Hall and directed by Dexter Fletcher, offered a road map as to how life’s experiences – in this case, those of Elton John and Bernie Taupin, were and are translated into lyrics and melodies. For example, my personal favorite, Goodbye Yellow Brick Road, became so much clearer once you understand the point of view is mostly Bernie’s and displayed against the arc of Elton’s life. The emotional impact of Someone Saved My Life Tonight becomes an anthem to those moments that, in retrospect, are life altering.

I know I’m late to the game in terms of appreciating all this which is why I’m grateful for having seen the film. As writers, we are thankful for opportunities that offer inspiration and teach us new ways and means of expressing our own thoughts and ideas. I’ve never been adept at reading and understanding poetry, and certainly talent-less at writing it, but I found if I set my thoughts down as if destined for transformation into a piece of music, they flowed readily.

I just might have to torture my friends and family with my nascent attempts to try out this new (to me) art form.

Here’s a hint: they are not a writer’s friend. Walk into any Barnes & Noble and this might seem counter-intuitive given their very existence rests upon the backs of tens of thousands of writers – past, present, and future – whose works line the shelves of every store. As a company, Barnes and Noble does all in its power to cultivate a strong consumer/membership base. You can’t check out of the store without being quizzed about membership status. The recent trend is for staff to hawk a Barnes and Noble MasterCard as a means to build customer loyalty (the carrying cost of credit notwithstanding as compared to the free $25 gift card and 5% cash back). Their overall approach is to offer discounts (from 10% to 40%) off the retail price of books through risk-free acquisition of titles and demanding deep wholesale discounts from publishers in order to give it away to their customers.

It is especially painful for small indie presses and self-published authors. If the small press department is willing to stock the title, their terms generally require a 55% discount from the retail price, so if a trade paperback book (not the smaller dime store mass-market size) was to retail for $10.99, the publisher would get $4.95 to cover their profits, the cost of production and printing costs, the marketing and publicity costs, and a small amount as a royalty to the author after their agent withholds a fee of 15%. Barnes and Noble keeps $6.04, so they’re happy to start discounting to their customers – no sweat off their back. But it doesn’t end there. If after a few weeks, and rarely longer than three months, the title doesn’t sell, Barnes and Noble simply returns the unsold books to the publisher for a full refund – again, no sweat off their backs – the loss is absorbed by the publisher. This, in turn, makes it more difficult for a publishing house to stoke the fires of creativity as cash flow is diverted back to warehousing “unsuccessful” titles and is now unavailable for even modest advances to help struggling writers get their product to market. This is one of the reasons why POD (print on demand) books are becoming more and more common; it alleviates the need to devote large blocks of capital to pay for lower cost print runs for books that might only sell a few hundred copies at worst and a couple of thousand at best. As a policy, Barnes and Noble will not stock POD books. The best an indie press or self-published writer can hope for is to have the title made available for ordering through BN.com or via their in-store Bookmaster program should a customer happen to ask for it.

The problem is compounded in one additional way. If a customer orders a title that is by POD, the Barnes and Noble system passes the order to Ingram books (one of the two major book distribution companies) who in turn orders the book from Ingramspark, the company which actually does the printing. Ingramspark’s charge for printing a book is at least 21% higher than Amazon’s company, Createspace, to produce the exact same product (based on the identical print ready files) which further diminishes the compensation that might eventually trickle down to the author. In a recent analysis of a title from a small indie press, a young adult novel was priced at $10.99 – the upper limit for the majority of similar trade paperback offerings at Barnes and Noble. The 55% discount of $6.04 plus the printing cost from Ingramspark of $6.30 meant the net to the publisher was a negative $1.35 – a loss for each copy sold to Barnes and Noble. The publisher, who could not afford the alternative investment of $6,000 to produce 2,000 copies at a much lower per book cost that would most likely be returned anyway, was forced to offer the book at a discount rate of only 40%. The mathematics turned the sale profitable, but only to the extent that the publisher and the author would share a mere twenty-nine cents per book while Barnes and Noble gets to play with $4.40. The publisher/author is further penalized under this scenario by forcing a customer at the store to prepay the purchase should they wish to order a copy – not so with most all other titles on their system. It’s a stigma that leaves a poor taste in the customer’s mouth and nine times out of ten, the customer simply declines.

There is no lack of popularity for brick and mortar bookstores, eBook sales have leveled, and the attractiveness for holding a book in hand is as strong among customers as it ever was. It seems strange that Barnes and Noble fails to take the opportunity for championing the writers who feed its income-stream instead of penalizing them through extra profit-taking and posturing for their customers. As of this past Tuesday, the nascent CEO, Ron Boire, was released by the company’s board of directors as not being a “good fit.” Leonard Riggio, the businessman who purchased the company back in 1971 has taken back the reins for the time being. It can only be hoped that Mr. Riggio comes to recognize the value of the creative people whose efforts have lined his pockets for over four decades before the company is eclipsed by Amazon who offers much greater breathing room for writers.