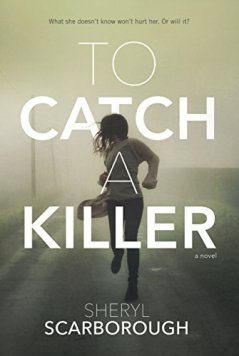 Sheryl Scarborough’s novel follows a teen girl, who as a toddler witnessed her mother’s murder, a horror that remains unsolved. Obsessed with that lack of resolution, Erin is drawn into the world of forensics, largely in part because her adoptive mother’s brother works for the FBI and authored a book on the subject. Her life is further complicated by an uncommunicative parental figure, a strong desire to learn the identity of her birth-father, and deal with the murder of her favorite teacher – the catalyst that launches the story. Tossed into the mix are her burgeoning feelings toward a boy who is a prime suspect and her relationship with two zany girlfriends.

The book felt like a contemporary spin on a Nancy Drew plot as Erin moves deeper into the gray areas of the law in her search for clues to both murders and her paternity. In a classic case of misdirection, suspects keep stepping to the forefront as Erin struggles to handle the full range of teen emotions that pull in all directions.

Though she faces danger on a number of occasions, the narrative never generates a truly palpable sense of peril, and the real culprit barely scores a menacing personality. Teen fans of TV shows like CSI will appreciate the forensics primer as Erin works through the evidence she accumulates.

A fun story even if it lacks strong emotional teeth.